The point where the need for fossil fuels ends 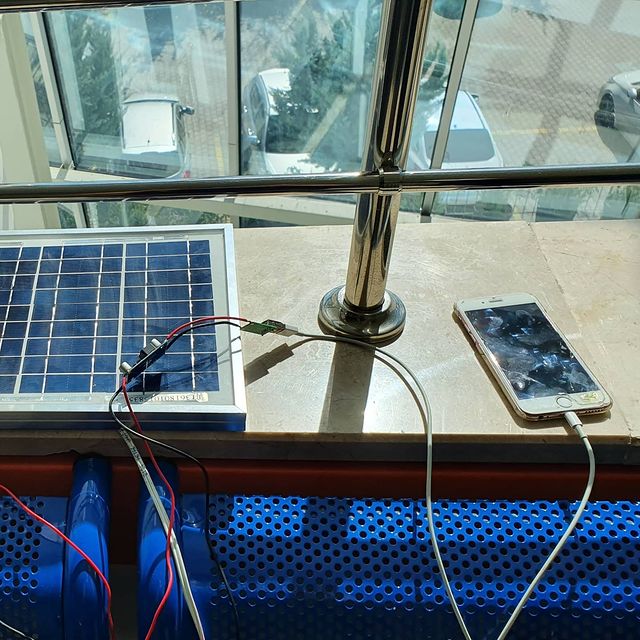 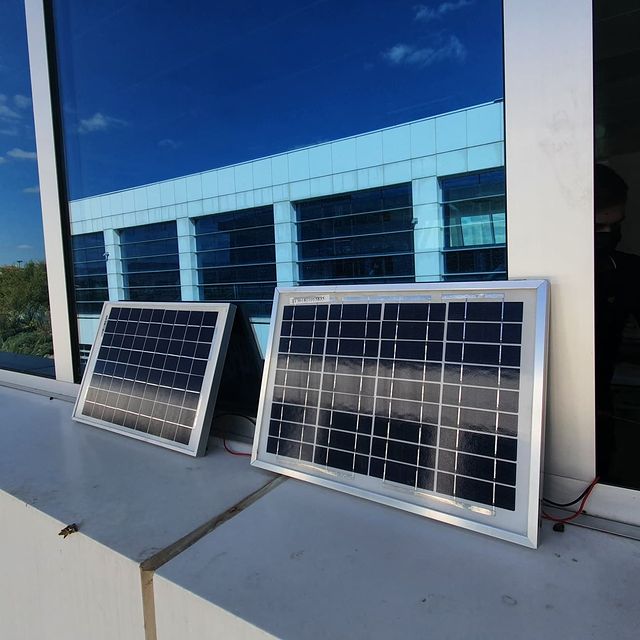 
Last week I found two 10-watt solar panels in the school's physics lab. First thing that came to my mind was how powerful these solar panels are. Last summer when I was on my uncle's sailboat with my cousins, I saw two solar panels which are approximately 2 meters long. I asked my uncle how much energy these solar panels supply to the sailboat. When he said they supply 450 watts each, I didn't believe at first. After that he showed me the live data from the panels via his iPhone. I was convinced. Months later, this experience with my uncle came to my mind and I decided to turn these dusty solar panels into a cell phone charger hub! The next day, I brought my soldering iron, cables, a multimeter, DIP USB-A connectors, and a step-down regulator with various valued resistors. Afterwards, I did the thing that I always do before an electronics-related project: drawing schematics. After some blood and sweat, the first prototype was done. However, there was a problem. It was not charging even I was getting the values that I wanted to get form multimeter. After a few minor nervous breakdowns, I learnt from Apple's wall charger schematics that a noticable resistance or a resistor bridge is needed between D+ and D- pins of the USB connector in order for the cell phone to detect the output from the solar panel as a charger. Therefore, I soldered a 120-ohm resistor between D+ and D- pins. And everything worked fine! Nevertheless, a success creates new problems. No one was charging their phone via CalparCharge©. Because, they were using the wall plug instead. Then I decided something different is needed to encourage people to charge their phone with my device. Just then, an idea came to my mind. I must build a hub that sends small amounts of crypto when someone charges their phone via my creation. At the moment, I work on this project with my friend. If you want to be informed as soon as this project is done, you can subscribe to the newsletter from the bottom.